Your browser is not supported for this experience.
We recommend using Chrome, Firefox, Edge, or Safari.

Ruidoso Downs ... The Shangri-la of Racing

How a small, long-shot track in southeast New Mexico beat the odds. 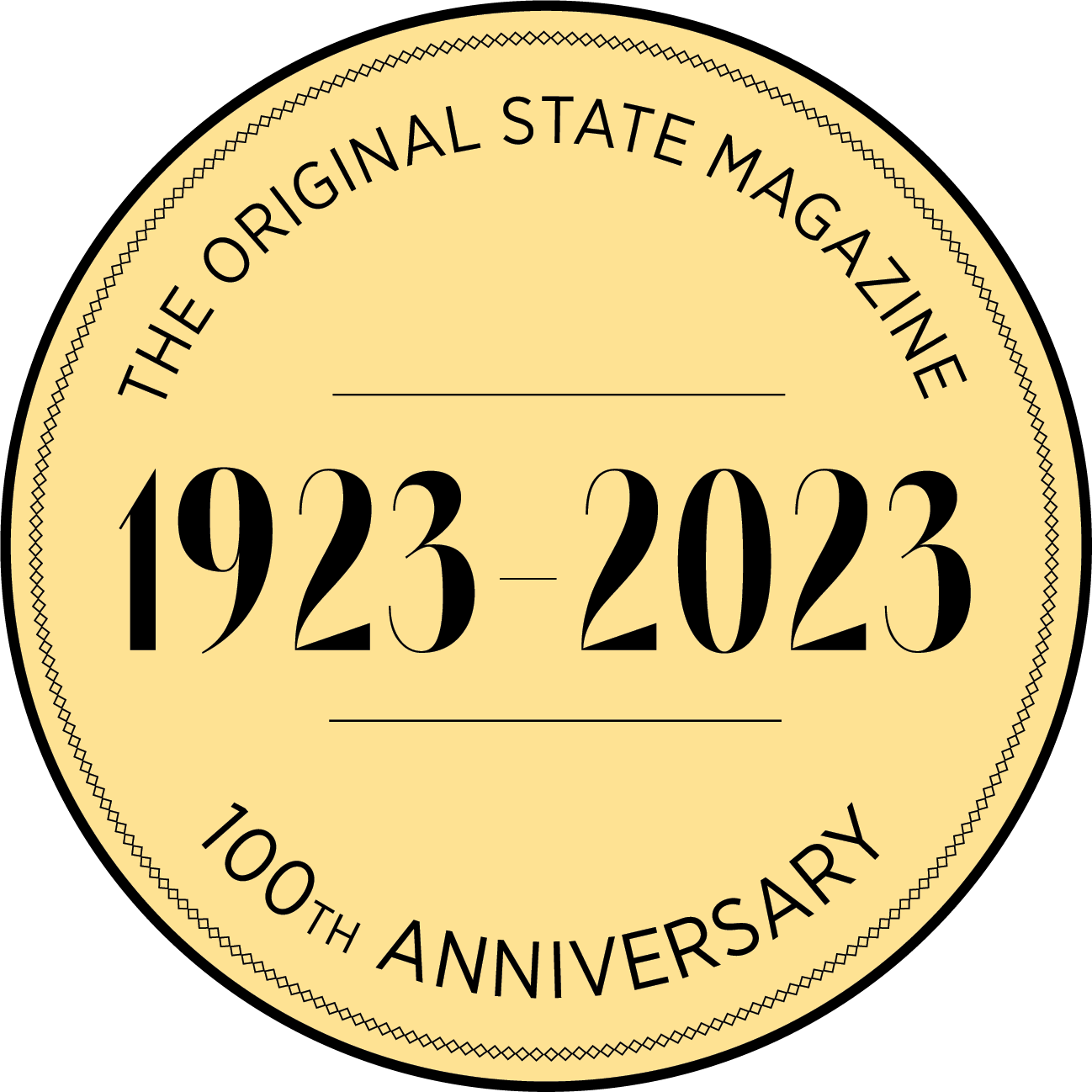 As a part of New Mexico Magazine's centennial celebration, we'll be looking back at some of the stories from the past 100 years. This story appeared in the June-July 1962 edition.

FOR CENTURIES THOROGHBREDS have dominated the big-time horse racing scenes throughout the world; however, in the pine-cloaked mountains of southern New Mexico just four summers ago the age-old Sport of Kings took on added import when a "new" breed, the quarter horse, stampeded into the sphere of thoroughbred classics.

Ruidoso Downs, the small 5/8ths mile race track which snuggles beneath majestic 12,000-foot Sierra Blanca in the Sacramento Mountains, set the turf world talking when it staged a 400-yard quarter horse sprint the value of which soared to digits far exceeding most of the distance races of the world. Its gross value was more than $130,000, some $100,000 richer than any other quarter horse event ever held before. The Ruidoso Downs All American Futurity, as the dash was called, lasted but 20 seconds, but the echoes resounding from this brief race were like the shot heard round the world.

Galobar’s share for winning the first All American amounted to $64,000, topped slightly by Tonto Bars Hank’s $65,000 the following year. In the third running of the All American last year, a big sorrel colt, Pokey Bar, very unpokily captured the $202,000 purse, making his owner Hugh Huntley, of Madera, California, $101,000 richer for the 20-second flight. With these astounding figures glittering in the eyes of horse breeders, and the general public as well, almost overnight the value of running quarter horses began orbiting around a new-fashioned world. The poor man’s horse, as the quarter horse has often been called, suddenly made poor men rich and rich men richer. A case in point is Go Man Go, one of the short distance sprinter’s classiest competitors, who suddenly went into semi-retirement and then succeeded in rocking the boots of horsemen all over the West when he was sold by an Oklahoman to a Californian for the here­tofore unheard of sum of $125,000.

Artist Peter Hurd lived nearby Ruidoso Downs and lent his expert illustrations to this story. Illustration by Peter Hurd.

One is led to ask, how could such a small and almost nondescript race track such as Ruidoso Downs succeed in staging a colossal turf event as the first $130,000 All American Futurity? How could a relatively not-dry-behind-the-ears track bring into being a stake race overshadowing most of the major racing events of the world-and especially with the quarter horse. As one horse authority perceptively commented, Ruidoso Downs has done more for the quarter horse world in five years than any fifty men have clone for thoroughbreds in about the last five hundred years.

This little turquoise oval located in the heart of Billy the Kid land some sixty miles from the nearest city of consequence, had a meager sort of birth sixteen years ago when several Ruidoso pioneers began looking for a spot in the rugged mountains long enough and flat enough to run horses. Like all good Southwesterners, cowboy matched races made up an integral part of their Sunday afternoon entertainment. A small stretch of land along the Rio Ruidoso between the town of Hollywood and Green Tree was leased from a local rancer. Putting to use a makeshift wooden grandstand, the horsemen had an oval graded, and it didn’t seem to bother anyone that the horses were running uphill. “Line ’em up and let ’em run,” was their motto.

The little matched-race track suggested latent potentiality to an Arizona businessman, Gene Hensley. He purchased controlling interest in the little leaky-roof plant in 1953. From this union developed quickly one of the most passionate love affairs ever seen in the Ruidoso Valley. Like a devoted husbandman tending his vineyard, Hensley with tender care nourished his ugly duckling on an upward road. Year after year he plowed what minor profits there were back into the racing plant. And when he had no money for improvements, he borrowed.

A huge comfortable grandstand went up; good barns were erected replacing the dilapidated sheds, and the race course itself leveled and improved. A quarter-million dollar clubhouse became the swankiest in the Southwest.

Ruidoso Downs rapidly became a meeting place of the elite from far and near with movie stars, cowboys, oilmen, farmers and successful people mingling together like a happy family during the May to September racing season.

Hensley’s love and devotion season almost immediately began to bear fruit as shown by the astonishing "handle" during the next few years. Track attendance more than doubled from 1955 to 1960. The figures climbed healthily from 1955 with a total of $4,285,168 to over $11,500,000 in 1961. For has the had past the several highest years Ruidoso Downs has had the highest purse distribution of any race track in the Southwest. Last year it returned over $1,000,000 to winning horsemen.

“One of the most popular tourist attractions in the state is Sandía Crest. To this 10,678-foot elevation each summer come more than 50,000 visitors to enjoy the spectacular views. A paved road now reaches within six miles of the top, and there is a good gravel road for this final portion of the mountain highway.”

Then in 1959 Ruidoso Downs wrote a new page in turf history. It was in this year that the Hensley succeeded in putting over the First All American Futurity. The idea of a great Quarter Horse race began a couple years before when Hensley whirlwinded throughout the Nation stirring up interest in the “new” concept of horse raching. He visited breedingfarms and ranches and race tracks all over the West and succeeded in talking a sufficient number of horsemen into going along with him on the first running. The success of it was measured by the unprecedented figure of $130,000 gross value. The second running in 1960 was equally successful, although there was no drastic change in purse. Then in 1961, the third running proved that the All American had taken root and was here to stay. Interest mounted to such an extent that three $8,500 late entry penalty parameters went into the pot prior to the Labor Day race. One of these was from Dale Robertson, star of TV’s “Wells Fargo.” Pokey Bar’s $202,000 win was impressive to say the least, yet at the time of this writing nominations for the 1962 All American Futurity point to an even richer race for this year. The stakes in the 1962 Futurity already stand about $35,000 above the 1961 amount.

During last summer's Labor Day weekend, when the All American was held, the Ruidoso Valley was bursting at the seams. Besides thousands of tourists and race fans from throughout the United States, there were numerous press representatives. Attesting the importance of the event, a national television network film crew, Time and Sports Illustrated magazines, a dozen or more regional magazines and newspapers and as many southwestern radio and TV reporters descended on the Ruidoso Downs Race track. From that assemblage over thirty million people heard, read or saw the most exciting 20 seconds in horse racing history.

Perhaps the most sparkling writing of last season about the track was a West Coast newspaper column which said in part: "What adventurous soul worth his salt, hasn't yearned to discover a new Shangri-La? Some remote, refreshing retreat where one can forget the cares of die world, where the scenery is delightful, the climate invigorating, where each day dawns with excitement, pleasure, charm, glamour and liveliness. I have discovered such a place. It is called Ruidoso Downs, in New Mexico. To me, this is Shangri-la . . . or more accurately, the Shangri-la of horse racing.”

The June-July issue celebrated the state's 50th anniversary with a special Vacation Guide, including this full-color illustrate map.

“Nature was indeed playful when she switched her tactics from ice-age torrents to flash-floods, then wind-whipped dust, leaving on the eve preceding civilization’s dawn a lavish geological timetable and scenic gift of eons of time. Today, this fabulous page in geologic history is the Land of Enchantment’s newest recreation area—Oasis State Park.” — from “Oasis on the Plains,” by Kathy Murphy